Barney Bishop Consulting is a strategic public affairs firm with deep roots and experience in the state of Florida. Our core philosophy and mission is to serve our clients with integrity, effective advocacy and consistent results. With more than 30 years of state consulting experience, we work to maximize results for our clients. 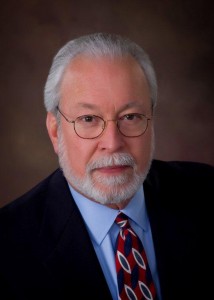 An outspoken advocate for the free enterprise system, Barney is the immediate past President & CEO of Associated Industries of Florida (AIF), which is known as The Voice of Florida Business. AIF was founded in 1920 and is commonly referred to by the state press as “the most powerful business association in the state.” A lobbyist since 1979 he has been called by a state newspaper “a business lobbyist icon.”

A native-born Floridian and Eagle Scout, Barney is a serial entrepreneur who just founded his third company last year – Barney Bishop Consulting. Prior to joining AIF, he had started two successful companies: a private detective agency in Orlando in the 1970’s called TRAK Detective Agency and The Windsor Group, a strategic public affairs firm in Tallahassee for 12 years beginning in the early 90’s. Pulitzer Prize winning reporter Lucy Morgan named him to her 2010 list of the Top 40 Democrats in Florida, the only business association executive so named in either party. He was a weekly television political commentator on the Mike Vasilinda Show, and he has been quoted in the New York Times, the Washington Post, and every major newspaper in the state. He also is a contributor to the Southern Political Reporter and he has appeared on the national Fox News and Fox Business News discussing such issues as mega-resorts and over-regulation by the EPA. He is also a former Executive Director of the Florida Democratic Party and has worked for the then-Academy of Florida Trial Lawyers. And before that he worked as an aide to then-Florida State Treasurer and Insurance Commissioner Bill Gunter.

Barney’s civic accomplishments include an appointment by Governor Lawton Chiles to the Florida Commission on Community Service and he later became chair of the Commission’s direct service organization – Volunteer Florida Foundation. He was appointed by then-Florida State Treasurer and Insurance Commissioner Bill Nelson to the Florida Hurricane Catastrophic Fund Advisory Council and served for the first six years of its existence. In 2003 he was appointed by Governor Jeb Bush to the Florida A & M University Board of Trustees. Prior to that he was appointed by Tallahassee Mayor Scott Maddox to two terms on the City of Tallahassee Airport Advisory Committee which he later chaired. He has also served on the Board of Directors of the Gubernatorial Fellows Program and is the current chair of the Florida Juvenile Justice Foundation which is the DSO for the Department of Juvenile Justice. He is also the founding and current chair of the Volunteer USA Foundation which just recently changed its name to the Barbara Bush Foundation for Family Literacy.

He is a former president of the prestigious Governors Club in Tallahassee and he currently serves on the Board of Trustees of Florida TaxWatch and also as vice chair of their Center for Smart Justice, the Board of Directors of the Collins Center for Public Policy, the Economic Development Commission of Florida’s Space Coast, the American Board of Physicians Specialists – Internal Medicine Committee. He was most recently appointed by the Leon County Commission to the Board of Governors of the Leon County Research & Development Authority which oversees the city’s research and manufacturing district called Innovation Park where he is now the vice chair. Before leaving AIF, he was elected by all of his peers as the vice chair of the State Association Group and he also served on the board of directors of the National Association of Manufacturers in Washington, DC.

He attended Miami-Dade College on a debate scholarship and then transferred to Emerson College in Boston, where he earned a Bachelor of Science degree majoring in both Political and Judicial Communication, and History. In 2008 he was inducted into the Miami-Dade College Hall of Fame and in 2011 he was termed out after eleven years as the co-chair of the Emerson College Board of Overseers.

Barney is married to the former Shelby Lynn Stinson of Montverde, Florida and she is the executive assistant to the Florida Secretary of State, and they reside in Tallahassee.