Testimony before the House Criminal Justice subcommittee on January 23, 2013 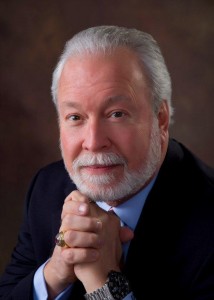 The Florida Smart Justice Alliance announced Jan. 10 it has named Barney Bishop III as the organization’s new president and CEO.

Bishop also previously served as president and CEO of Associated Industries of Florida until he resigned from that position in December 2011. He now holds a similar position at Barney Bishop Consulting LLC.

In his new role as president and CEO of Florida Smart Justice Alliance, Bishop said he plans to advance efforts to inform legislators of the organization’s initiatives and begin preparations for the Justice Summit 2013 in the fall, according to a news release.

TALLAHASSEE, Fla. ­– With the successful Justice Summit 2012 concluded, the Florida Smart Justice Alliance today announced that veteran Tallahassee business leader and advocate Barney Bishop III has been named to serve as President and CEO of the organization. Bishop had previously served as Vice President of the Alliance, which works to find approaches to Florida’s justice system that enhance public safety while saving taxpayer dollars.

“We are fortunate to have a man of such talent, reputation and dedication willing to lead our organization into the future,” said Lori Costantino-Brown, founding Chair of the Florida Smart Justice Alliance. “Barney Bishop is a man of vision and an advocate who knows how to get things done. The cause of Smart Justice in Florida is in good hands under his leadership.”

The Smart Justice Alliance also announced the addition of Florida government veteran Jim DeBeaugrine to help develop legislative proposals to implement Smart Justice initiatives. DeBeaugrine, a former long-time legislative staffer and then Director of the Agency for Persons with Disabilities under two Governors, is now CEO of RFJ Governmental Consultants. DeBeaugrine will work with members of the GrayRobinson firm Fred Leonhardt, Robert F. Stuart Jr. and Chris Carmody, who have been the lobbying team for the Florida Smart Justice Alliance.

In assuming the leadership of the Smart Justice Alliance, Bishop succeeds the organization’s inaugural President and CEO, Mark Flynn, who is leaving to pursue other opportunities now that the Justice Summit is done. Flynn played a key role in bringing a group of diverse organizations into the Alliance, culminating in the Summit in Orlando December 12-14. At the Summit, more than 200 experts convened with a goal of furthering Florida’s efforts to move toward a smarter, more affordable approach to criminal justice issues.

Bishop is a former CEO of Associated Industries of Florida and now holds a similar position at Barney Bishop Consulting, LLC. In his role as Vice President of the Smart Justice Alliance, he coordinated all activities associated with the Justice Summit, which was Florida’s first such gathering since 2009. Among his many civic and professional roles, Bishop serves as vice chairman of the advisory board for Florida TaxWatch’s Center for Smart Justice, as chairman of the board of directors of the Florida Juvenile Justice Foundation, as chairman of the board of directors of the Barbara Bush Foundation for Family Literacy, as a member of the board of trustees of the Collins Center for Public Policy, and on the board of the Innocence Project of Florida.

“I am excited by the opportunity to lead the Alliance at such an important time in its history, as we build on the success of the past year and move forward to make a meaningful difference in 2013,” said Bishop. “Florida cannot afford an approach to criminal justice that spends too much money for too few results, and I look forward to helping our state craft effective, workable solutions.”

Bishop said his immediate goals are to advance efforts to inform legislators about Smart Justice initiatives as they approach the 2012 legislative session, and to begin preparations for Justice Summit 2013 in the fall.